For anyone who ever picked up an instrument or wrote down a lyric, the dream was – and still is – to live a life in music. For most, the realities of luck and talent will quickly dissuade. For those who clear the initial hurdles, hit records eventually give way to shifting trends and diminished returns. And for the select few, the ongoing quest to remain professionally and artistically relevant – on their own terms – may be the greatest challenge of all.

For the past 50 years, Henry Paul has lived a singularly successful life in music.

Even by American popular music standards, his has been a one-of-a-kind career: First as a ‘60s Village folkie, then as co-founder of ‘70s Southern rock legends the Outlaws, as leader of ‘80s pop/rock hit makers The Henry Paul Band, co-founding the multi-Platinum ‘90s country act BlackHawk, and today as the creative guardian of all of it and more. Paul remains a unique combination of artist and entrepreneur, shaped by equal parts commitment, vision and talent. And while he’s not the first performer to integrate Celtic folk and country harmonies into rock (and vice-versa), few have done it as effectively and consistently across multiple genres and generations.

"I wasn’t one of those kids who saw The Beatles on Ed Sullivan and instantly knew my calling," Henry explains. "I was more captivated by Johnny Cash and Flatts & Scruggs. For me, it was the attitude of songs like ‘I Walk The Line’ or ‘Ballad Of Ira Hayes’ and the organic power of acoustic instruments." Paul spent his boyhood on his grandfather’s 1,000-acre sweet corn farm in upstate New York, and relocated to Tampa following his parents’ divorce. By the time he graduated high school, Henry was writing and performing his original songs at a local folk club. “Back then, being a non-conformist was a big deal,” he recalls. “I was listening to Dylan, reading Ginsberg, and using it all as my compass. I wanted to go where they were, do what they did, feel those cold winds of poverty and possibility. I wanted to be a bohemian troubadour in New York City.”

Henry arrived in Manhattan in the fall of 1969. Working as a street musician during the day and singing in Greenwich Village coffee houses by night, he eventually drew interest from Epic Records. “We’d started to record demos,” says Henry. “In the meantime, a hometown promoter booked me for a show at the Tampa Armory and I played an incredible 45-minute set to 2500 people. At that moment, it was crystallized in my mind that I could actually do what I dreamed of doing. I returned to New York, walked away from the Epic deal, put a band together and drove back to Tampa.”

As Paul added and subtracted various members, the band’s country-rock harmonies and triple-guitar sound was developed, an ‘electric cowboys’ image was crafted, and the group’s name changed from Sienna to the Outlaws. They toured relentlessly, and would soon be signed by Clive Davis to Arista Records. Known as ‘The Florida Guitar Army’, the band delivered monster hits like ‘There Goes Another Love Song’, ‘Knoxville Girl’ and ‘Green Grass And High Tides’, toured with The Allman Brothers, Lynyrd Skynyrd, The Who and The Rolling Stones, and were famed for their explosive live performances. The musical personality that Paul helped create on their first three classic albums remains the true Outlaws legacy.

“By then I’d learned how to put a band together, how to present it professionally, and how to create and sell an image,” Henry says. “When the Outlaws ended for me, I was able to regroup, put together The Henry Paul Band and sign with Atlantic Records. And when I returned to the Outlaws in 1983, I provided the direction that got us signed to CBS Records.” In 1991, Paul moved to Nashville and co-founded the mandolin-and-harmony-based trio BlackHawk, who would go on to sell over 7 million albums and score some of the most distinctive country hits of the decade. “I was able to successfully reinvent myself in ‘90s Nashville with a completely different musical personality, but the reflection of my folkie past was identical,” Henry explains. “Even in a band as hard rocking as the Outlaws or The Henry Paul Band, I always believed that the subtleties of three-part harmonies and acoustic instrumentation was vital. It may be generational in its style, but it’s universal in its appeal.”

Paul has successfully kept both the Outlaws and BlackHawk recording and touring. The Outlaws’ 2012 studio album It’s About Pride became the band’s best-selling and best-reviewed album in over 25 years, and their 2016 double-disc Legacy Live captures the band’s still-ferocious performance energy. BlackHawk’s 2014 album Brothers Of The Southland and subsequent tours have continued to grow their fervent fan base, and even the occasional Henry Paul Band reunion shows have become landmark events among the faithful. “Making music today has become easier and more affordable,” Henry says. “Everything we do now – as the Outlaws and BlackHawk – is true to who we are.”

Paul is also developing American Roadhouse, a travel/music television series that explores the nation’s classic venues from barrooms to concert halls. “It’s a behind-the-scenes look at what we do and where we do it. I’ve got a five-decade connection to these stages as do many of my contemporaries, and we’re looking forward to some exciting performance collaborations with every episode.” For Paul, each venture is reflective of an entrepreneurial spirit that began generations ago. “In my eyes, my granddad Henry Paul Sr. was the biggest rock star in the Hudson Valley. I took great pride in emulating his work ethic and learning the components of how to build a successful business. I can draw a straight line from what my grandfather and father accomplished with Paul Farms to every project I helped create.” That legacy continues with Henry’s oldest son, Henry Paul IV (aka ‘Little Hank’), a 6’5” musician and filmmaker who currently works with the Outlaws. “The most important lessons I’ve taught him are what I learned from my granddad,” Henry says. “Always treat your colleagues with fairness and respect. Know the value of consistency and commitment. And understand that the bottom line is what makes the world go round.”

Now nearly half a century into a career that shows no signs of slowing down, how does Henry see his own legacy? “I think I’m most proud that I was able to be the guy I wanted to be,” he says. “Back when I was a kid painting on an easel in my mom’s laundry room in Tampa or writing my first songs on guitar, I knew I wanted to be in the business of creating art that connected with people. I was lucky to find it in the form of music. I’ve never stopped working, and I’ve never stopped moving forward.”

For Henry Paul’s life in music, that may just be the greatest success of all. 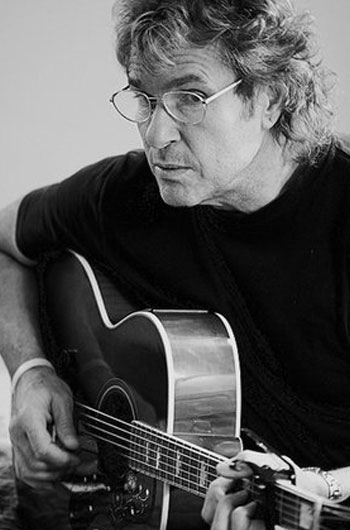